Gothic throw pillows or cushions are a great way to add a touch of Goth to your home decor. These Gothic throw pillows are great for use in a teen's bedroom if they're flirting with the idea of a Gothic decor. They can also be used in a living area to add a sense of quirkiness to your decor or to help unleash your own inner Goth.

There are lots of different types of Gothic subcultures which means I've included a range of different styles of Gothic throw pillows for you to choose from including mystical Gothic fairies as well as Gothic symbolism like crows, skulls and crosses.

Let's look at some of the great Gothic cushions I've 'discovered' for you in this collection....


Gothic Throw Pillows for Your Home 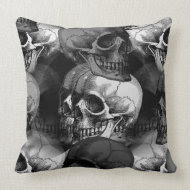 Let's not forget as well as certain imagery there are patterns that are used a lot in creating a Gothic style. These patterns include damask and fleur de lis as these continue on with the opulence of the Victorian era that is often emulated by Goths, in particular the traditional or romantic Goth. We also have seen the use of tartan in Gothic gear which means that it's another pattern that can repeated in Gothic throw pillows as well. The use of tartan was first seen by the Gothic Punk Princess style for the tween age 'Goth' in pretty pink shades. This was then seen to be repeated in styles such as Emo Goth and Cyber Goth. 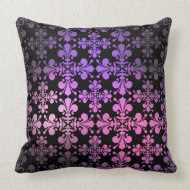 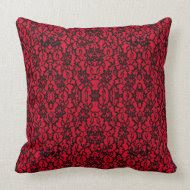 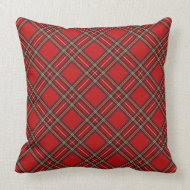 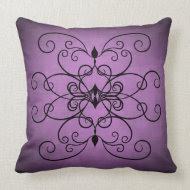 Ravens and crows are often associated with Goth, probably because the raven is a carrion bird that is associated with death. The poem 'The Raven' by Edgar Allan Poe is also thought of as being a Gothic poem and so it further purports that ravens are Gothic birds.

It should come as no surprise that a raven or crow throw pillow would add to a Gothic decor especially one of these throw pillows with other imagery like mist, moon or gravestones. 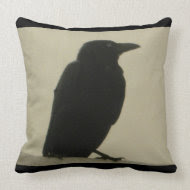 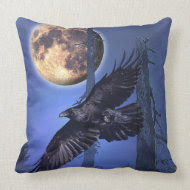 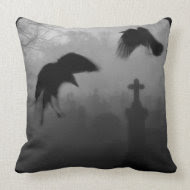 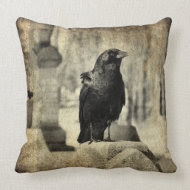 The whole art of Gothic Fairies has come into it's own and there are lots of people who aren't Goths who are embracing this form of fantasy fairy and using the throw pillows, figurines and artwork in their home decor. I must admit whenever I see a collection of these Gothic Fairies I have to say I don't blame them as the images are gorgeous. 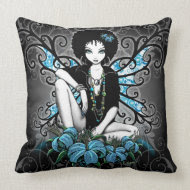 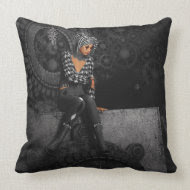 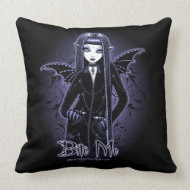 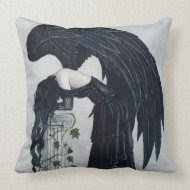 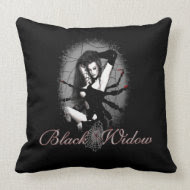 Goths are romantic, in fact some would say that a Goth loves more deeply than anyone else because when they say they love you they're talking about forever not for as long as you both shall live. When talking about an eternal love that exists even after death it's hardly surprising that there are so many gorgeous Gothic throw pillows that seem to say I love you. 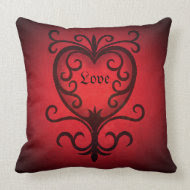 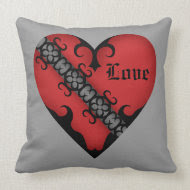 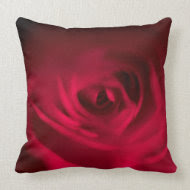 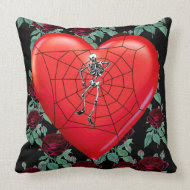 When younger girls talk about wanting to be a Goth I think in part it's because they look at boys liking skulls (think pirates) and they want to enjoy skulls as well, but in a more girly way. These girls want to appear to be Gothic or Punk, but to also retain some of their feminine side - it's also pretty enough that their parents don't mind them embracing this trend.

If your daughter is into 'pretty' skulls and talks about being a Goth when she's still a tween then try giving her a couple of these Gothic Princess throw pillows. 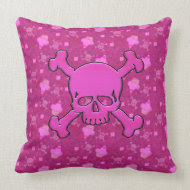 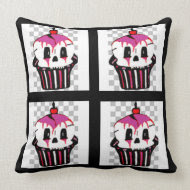 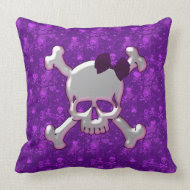 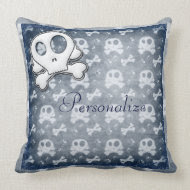 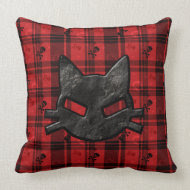 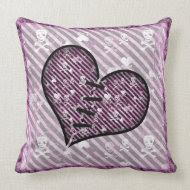 These cute cushions are great for adding a sense of whimsy to your decor without being too dark. They are also a great gift idea for a teen who likes the idea of Goth, but still likes cute things.

On a personal note, my nearly 11 year old daughter thinks that these particular throw pillows are awesome and has already put in a request for her upcoming birthday! 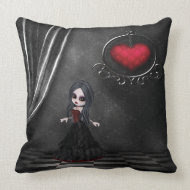 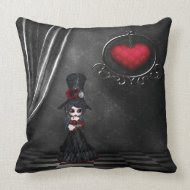 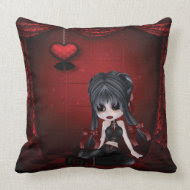 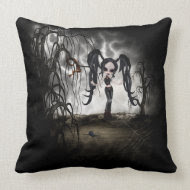 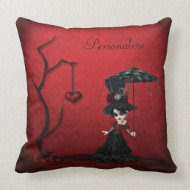