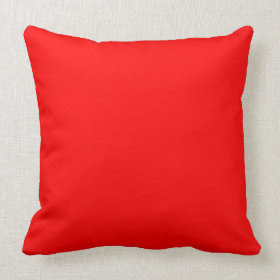 Red is a very vibrant color that can be lovely in a home, but it can also be a little overwhelming for some people. I have a friend who has a red feature wall in every home she's built and she loves it - I think it looks great, but I wouldn't be able to live with such a big block of red in my main living area, my husband loves red however so I use it as an accent color and that keeps us both happy.

I love flashes of red in artwork, especially those black and white London canvases/posters that just have a touch of red added - they are awesome.   Another way to get a little bit of red into a room is - yes you've guessed it - with a throw pillow or two!

There are lots of different shades of red and these throw pillows also have different amounts of red in them.   A lovely way to introduce it is by having a couple of patterned designs that use red in them and then a plain bold red cushion like the first one featured to put between them.

Let's have a look at some of the red hot cushions I've found for you here.

Red and white is classic color combination and there's a reason for this - the white helps to take the overpowering nature of red down a notch so that more people can enjoy the color without feeling overwhelmed! 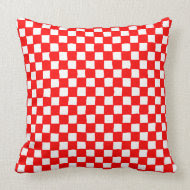 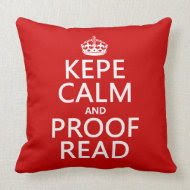 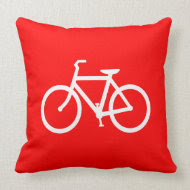 Black and red can be a great color combination - there's the fun type of styles that incorporate black and red such as the Team Zombie cushion below which would be perfect for my brother's home office or a number of other zombie obsessed people's rooms.   It's the type of cushion I think would look great in a dorm room or a teen's bedroom as well.

Black and red also goes well when you're talking about a classic polka dot pattern.

The thing with black is it's great for use as a defining tool which means that if you want to use a pattern that embraces lots of different shades of red in it, black is a great secondary color as it can be used to divide and define the different shades.   Enjoy these next cushions - 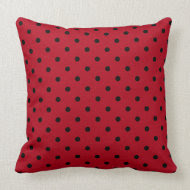 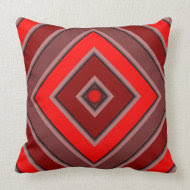 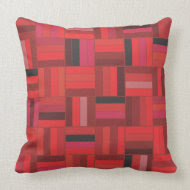 Now to really pack a punch try and combine all three colors - they look sensational!   I like these next patterned throw pillows, especially the daisy one which I think would look lovely on a daybed on the verandah.   The music inspired one is also beautiful and I'm sure my daughter would absolutely love it if she didn't have a purple themed room at the moment!

I have 'cheated' a little with one of these cushions as they have a pale mocha color on them as well, but this just goes to show that you can add red accessories to a neutral, mocha based color scheme and it will work wonderfully. 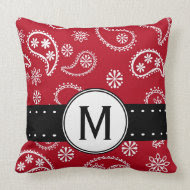 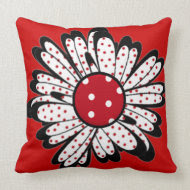 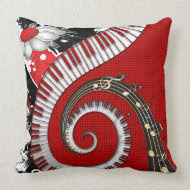 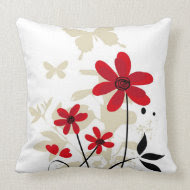 
When I was growing up I remember being told that red and pink don't mix - well they weren't to know about these next fun cushions were they?

I think these two throw pillows are perfect for a teen's bedroom as it adds a touch of fun to their room and lips and hearts seem to be perennially popular with that age group! 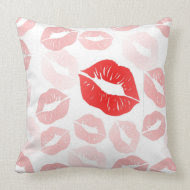 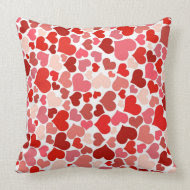